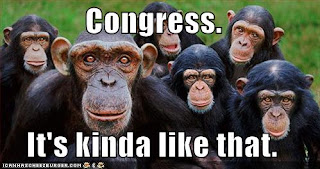 Congress is full of idiots. They allow the bonuses to be given, Dodd even puts in the date that they are OK prior to (Feb 11,2009) and they knew about this before they gave the bonuses, and they are "up in arms" about these AIG executives getting bonuses? Don't these people read the legislation that they sign? And NOW they've voted to TAX the money back, 328 to 93 against, 85 republicans voting for. This sets a really bad precedent. Seems to me, they are using it as a punitive punishment for something that *congress* has done, instead of the people receiving the retention bonuses. Who's to say that congress isn't going to do this to other companies and peoples now that the precedent has been set? Law in this country no longer goes by the Constitution, it goes by precedent.
Posted by Diane at 1:04 PM