I have a Kindle, and over at Project Gutenberg, I found quite a few slave narratives, which were taken by interviews in the 30s. Quite interesting, and more than a couple of times, Raw Head & Bloody Bones was mentioned. I had to look it up - and found the story.

Back in the forest lived an old medicine woman and her razor back pig, Raw Head. Some people claim they even saw the pig walk upright like a human, but generally no one ever believed them. Each week Raw Head and the old woman walked into town like old friends. They would go to the mercantile where the owner would give the pig scraps and purchase items from the old woman. One week, the old woman showed up without her pig. The owner of the mercantile asked her where the pig was. The old woman replied that she didn't know.

When the old woman returned home, she decided to find out where the pig had gone. She conjured up some liquid on a plate that would allow her to see what she wanted to know. The vision she saw was of a local hunter killing her pig to sell to the local butcher. She could see her dead pig hanging, gutted and a pile of bloody bones nearby on the ground. The old woman knew what she had to do. She began chanting "Raw Head and Bloody Bones". At the butcher's building, the bones began moving and pulling back together. The head, that lay scraped and bloody, began to roll towards the bones. The old woman continued chanting, "Raw Head and Bloody Bones, dance!" The skeleton of the pig came completely together, and then it began wandering toward the hunter's home.

It wasn't long before the pig found the hunter taking care of his animals in the barn for the night. When the hunter heard the voice of the pig, he thought it was children playing a prank on him, and he said the person should step out in the open. The hunter didn't quite believe what he was seeing, but he knew it was pure evil. The creature was a glaring, snarling bloody skeleton of the pig. He ran to his front porch, but the pig beat him there. The hunter screamed into the night. No one but the old woman, his neighbor, heard him. A sound of loud crunching and slurping noises ensued.

Every full moon, the old pig can still be seen walking upright through town with the old woman next to him, heading towards the mercantile for his scraps.

Bloody Bones is a boogeyman feared by children, and is sometimes called Rawhead and Bloody-Bones, Tommy Rawhead, or "Rawhead". The term was used "to awe children, and keep them in subjection", as recorded by John Locke in 1693. The stories originated in Great Britain where they were particularly common in Lancashire and Yorkshire, and spread to North America, where the stories were common in the Southern USA. The Oxford English Dictionary cites 1550 as the earliest written appearance as "Hobgoblin, Rawhed, and Bloody-bone".

Bloody-Bones is usually said to live near ponds, but according to Ruth Tongue in Somerset Folklore, "lived in a dark cupboard, usually under the stairs. If you were heroic enough to peep through a crack you would get a glimpse of the dreadful, crouching creature, with blood running down his face, seated waiting on a pile of raw bones that had belonged to children who told lies or said bad words.”


You can also read books online over at Project Gutenberg - and it's all free. Quite a few books there!
Posted by Diane at 10:09 AM 2 comments: Links to this post 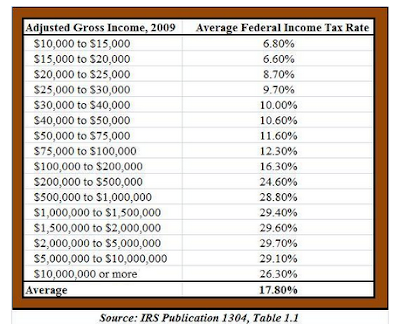 So who's really paying what with taxes? And why is it "not fair" that some pay almost 30% while others pay much less? Fair would be everyone paying the *same* amount. Fair is treating everyone the same.

I was reading an article by Dave Ramsey on the Occupy Wallstreet people. He talked about how they're very vague, they want to get rid of the current system, and replace it with what? They're not sure. Some want something along the lines of the old Soviet system. There are no demands & goals. But these two paragraphs, under "Wealth Redistribution is the Answer!" really struck a chord with me:

I’ve heard a lot about wealth redistribution over the past few years, and I’m sure you’ve heard it too. Call it whatever you want, but this is how it usually sounds to most Americans: “We are the 99% of Americans who don’t have as much as the 1%, so we’re mad and think the government should take their wealth and property away so that I can have a piece of it. Wealth inequality is a moral breakdown! We should all spread the money around so everyone gets a fair share!”

I have my toughest critique for those who believe this: You are a thief. When someone takes my money and gives me no say in the matter, that’s called theft—whether they’re using a gun or the government. At the core of this demand is envy. And that’s not the same as jealousy. Jealousy just says, “I want what you have.” Envy is a different beast. Envy says, “I don’t think I can ever have what you have, so you shouldn’t have it either.” Decades of horrible economic teaching and the politics of envy have kept this monster alive and growing and moving forward.(bold added for emphasis - mine)

(quoting Bastiat in The Law, there are two types of plunder - legal and illegal...How is this legal plunder to be identified? Quite simply. See if the law takes from some persons what belongs to them, and gives it to other persons to whom it does not belong. See if the law benefits one citizen at the expense of another by doing what the citizen himself cannot do without committing a crime.

Then abolish this law without delay, for it is not only an evil itself, but also it is a fertile source for further evils because it invites reprisals. If such a law — which may be an isolated case — is not abolished immediately, it will spread, multiply, and develop into a system.

The person who profits from this law will complain bitterly, defending his acquired rights. He will claim that the state is obligated to protect and encourage his particular industry; that this procedure enriches the state because the protected industry is thus able to spend more and to pay higher wages to the poor workingmen.

Do not listen to this sophistry by vested interests. The acceptance of these arguments will build legal plunder into a whole system. In fact, this has already occurred. The present-day delusion is an attempt to enrich everyone at the expense of everyone else; to make plunder universal under the pretense of organizing it.

You can find the full text of the pamphlet by Frederick Bastiat HERE.

If you take off the stuff en/the_law.html you will find other writings of Bastiat. They're all on my to-read list.

BUT, when you point out to people that taking from one (by force) and giving to another, is stealing; or that the government, under the Constitution, has no right to do that, expressly or implied, you are called a hater of the poor.

And how do you avoid being poor? Working your tail off. How do you think most 'rich' people got that way? Very few inherit the money, most earn it. You can't get rich being a couch potato, watching Maury and the like on TV.

I get told by some that I should have no room to talk - because I am a housewife, and don't work outside the house. However, hubby makes enough to support the family without needing me to work. I worked until we started having children, and raising them. Also called an anachronism, as I think that once you start having children, THEY are the most important job you can have - if you don't think you need as much STUFF to keep up with the Joneses, one income often will suffice. (But that's another pet peeve of mine - people putting 'wants' as 'needs'. There are only a few things we NEED. Most of what we have is a want. Funny how people used to get along fine without the stuff that is considered a 'need' nowadays.
Posted by Diane at 8:05 AM 2 comments: Links to this post

Are we really willing to go there? Define the 1st Amendment down to where only "nice" speech is allowed?

The KKK can yell stuff all they want, people can be as obnoxious as they wish, with WORDS. Once it crosses over into the actual physical realm, then it becomes something else.

Whatever happened to "sticks and stones may break my bones, but names will never hurt me"?

People didn't put up with bullies long when I was a kid - eventually you'd turn on them & get them good.

But it seems to me, with people making the government "their mother", we need *more* mothering, and laws to tell people they cannot use their God-given rights.

I was reading an article about bullying laws in NJ, and in NY state.

Evidently we have too much free speech. I am against these "anti-bullying" things going on in schools, towns, states etc. Who decides what is "bullying"? Telling someone they're an idiot? gee.. I guess I'd be arrested.

In New Jersey, schoolkids can call Crimestoppers Tipline to let on they've been bullied, thus getting the POLICE involved. Can we say "waste of government resources"?

In more nanny state news, here's something from The Telegraph:

No more balloons for kiddies under 8, and no more party whistles for the under 14 crowd.

what?? I guess water balloons are right out then! Someone might get hurt! or wet :P

According to Mayor Bloomberg of NY state:


WHAT??? This is such a lie, and you know what's REALLY sad, is that people will suck this down and actually believe it. People you would think would have at least a gram of common sense, and they believe this drivel.

This kind of goes to show how the US, overall (not saying everyone) is getting stupider. A nation of sheeple.

I'm starting to have serious doubts, as to whether this country can actually survive the coming implosion of government, as handouts grow greater, and those not receiving some form of gov't money swells.

It appears to me that self-reliance, and actually being responsible for what you say/do/ etc is totally out the door. And that's sad.
Posted by Diane at 6:54 AM 2 comments: Links to this post 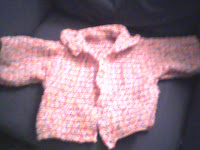 The church that I go to, the guy that does the job of Treasurer passed away. His funeral was today. Makes me think ...what if hub kicks off first... lots of deep thoughts, not sure that they're even coherent enough to put down.

I know I haven't written much, and much has been going on. I have to go see the doc to see about this cough, so when I get feeling better I'll rant on about various things (Al Sharpton comes to mind!)

I also started crocheting Christmas presents, and I have a sweater made for a friend's neice, I think it turned out cute. Now just to find some thread to sew on the button!

Here is something that has been irking me for a while.. the "bullying" junk. This article has some good thoughts about it. http://www.federaljack.com/?p=119185
Posted by Diane at 3:35 PM 2 comments: Links to this post