Time to get started on your gardens 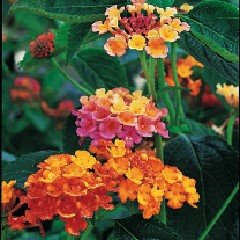 You can prune dormant rosebushes after the first of the year. Take out damaged, crossing, crowded and long canes. Shorten the remaining branches conservatively, by no more than a third of their length.

Now's the ideal time to inventory your supplies. Stores are stocking up, and you can replenish before the rush. Shop for soil amendments, pesticides, stakes, plant labels and even a new tool or two.

Some perennials and ornamental grasses start to look pretty disreputable about now. Chop them low with sharp clippers. They'll look much better, and it'll be easier for new growth to emerge.

But my rosebushes are putting out flowers right now, its been so warm here lately. We had on the air conditioner yesterday, it got up to 75, and is supposed to get up to 74 again today. However, a cold front is supposed to come through and be only in the 50s tomorrow. So much for south Texas winter! Its time in February to start planting fruit bushes, so I will get a couple of orange trees, and maybe a satsuma tree or two if they require a pollenator. Almost time to go to the nursery in town and pick up some victims.. I mean plants.. for this coming year. I only had a couple die on me this past year - my hibiscus are doing quite well since I started on a regular feeding schedule. They had not been doing well and growing like they should be, but now are blooming quite often, despite Mr Fatty doing his business around the base of it. And time to figure out how to keep the outdoor cats from figuring the mulch I lay down is their new litterbox. Maybe if I try that new rubber mulch? that is made from shredded tires. Maybe it will last longer than the red bark mulch. We shall see. It doesn't cost that much more, and is supposed to be more weather-proof.
Posted by Diane at 6:50 AM

Email ThisBlogThis!Share to TwitterShare to FacebookShare to Pinterest
Labels: gardening